Four delightful stories following the adventures of intrepid mice living in secret within the tunnels and stations of the London Underground.

Read about Mitzie who opens up the old ways and District Dodie who interrupts the Wimbledon men’s singles final, or Joe who saves the day and Cinnabar who saves Christmas.

For good readers aged 9-12 and adults not scared of mice. 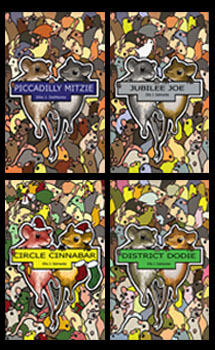 Their world was full of wonders, exactly like he had seen in his dream vision.