The Millennium Stones
by Graham Moyson

On Millennium Eve, Zoe and Davy buy five precious stones from a mysterious old woman. The stones, they are told, have hidden powers and must be cast into water at the stroke of midnight. So begins a series of riveting, enlightening and often dangerous adventures in time.

ILLUSTRATIONS for both featured books have been drawn by Hollie Allott,

a final year student at the University of Lincoln majoring in Graphic Design.

The Millennium Stones includes a number of her delightful images which help bring this challenging story to life.

Zoe pulled her arm back as far as she could and threw the pearl into the air.

It flew from her hand and spun through a high arc, a tiny trail of light in a chaos of colour and noise.

They watched it peak and fall, slowly at first but ever faster towards the water. Before it hit, they closed their eyes and there was a sudden, profound silence.
When they opened their eyes again, the world had changed. 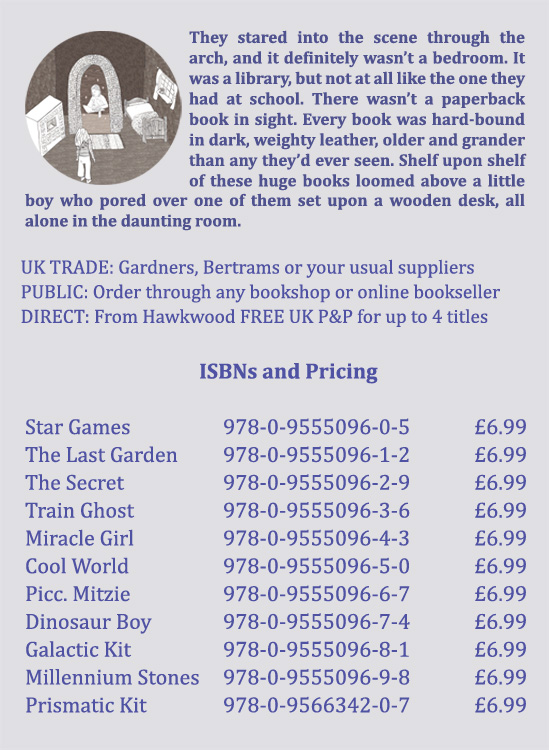 Hawkwood Books is a small but defiantly hopeful publishing venture with a growing list of original fiction for a wide range of ages.

Lisi Heller is next to own a Fantastic Construction Kit. Following the detailed instuctions, she builds an archway through which she sees a furious, frustrated little boy. Should she play safe and just watch, or shoud she make contact. Lisi’s eventful life is about to get even more interesting.

She sat at the table and opened the book he’d been reading.

She was expecting fairy tales or stories, but it was a book about money. Well, this is what she thought at first, but in fact it was about making money,

not like banks and all the kind of mysterious, boring stuff she heard about on television a hundred times a day, but actually how to make money, with metals and furnaces and things like that. What kind of head did this strange boy have to want to see how money was made?

Summer 2011, to mark release of Fantastic Prismatic C.K. Subscribe below if you would like to be notified. Please also tell friends and colleagues if you like what we do. And yes, that is a new adult tab above… more in the fullness of time.