“Beauty has nothing to do with it,” said Brigitta. “Men carry on the family name and manage the family business. Personally, I think I could do it better than most boys I know. In fact, I think girls are better than boys in lots of ways. They’re cleverer, wiser and they don’t fight so much. If it wasn’t for men, Germany wouldn’t have had this stupid war and millions of people would still be alive. I think girls should run the world.”

These are the words of a forgotten figure in a forgotten past, but Brigitta’s voice echoes down the years as five children fight to right a distant wrong and bring to light a long hidden secret.

First released in 2008, The Secret is a challenging story for competent readers, re-released with a terrific cover by artist Ian M. Purdy. It tells the tale of a family broken apart by a distant wrong, brought together by five unusual children.

Containing mature themes and a complex plot, the story will have you guessing to the end.

Delmonte convinces us of the innate strength of family relationships, however unconventional they may be, and of the loyalty between siblings, which can transcend death.
Review: Write Away

For readers aged 10 and over. 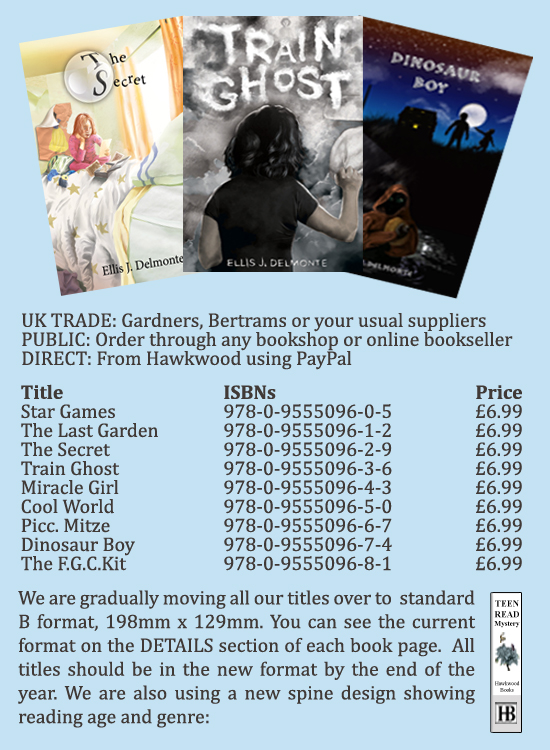 This is our best selling title, an exciting and moving story that received a rave review from The School Librarian.Emma Chandler wakes up in deserted train with only a ghost for company.As her memory fades and her life seems to slip away, only her mysterious friend can help.

In May 2010, Train Ghost reached Number 64 on the Amazon Best Seller list for children’s mysteries and thrillers!

They care for it in secret and wait for it to hatch.
And it does!
Out comes a helpless little creature, half dinosaur, half human. Who is he and why has he arrived on Earth?
Dinosaur Boy is a charming, thoughtful and thrilling story for readers aged 9 and over.